DCAR’s rich history began more than a century ago in the famous Old Ebbitt Grill in 1913. It was the same year the National Association of REALTORS® (NAR) adopted their Code of Ethics, one of the first in the country. DCAR has strived to adapt to changes in technology and the real estate market over the course of its history and has recently celebrated its 100-year anniversary.

NAR is one of the only national associations to afford DC a state status. In 2012, we became the District of Columbia Association of REALTORS® to reflect the emphasis of our state status. DCAR is not to be confused with the DC Real Estate Commission (DCREC) or the DC Department of Consumer and Regulatory Affairs (DCRA).

A full history of the Association is available for your reading pleasure below. For additional information as to the current status of DCAR, head over to the About DCAR section.

A Timeline of the DC Association’s History 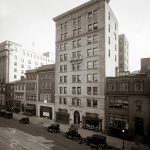 1912: The Founding of a Real Estate Association in the District of Columbia 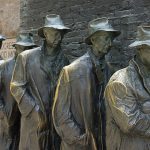 1940-1960: Rent Control and Suburban Expansion into the Montgomery County Real Estate Board 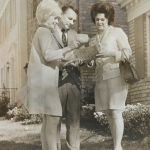 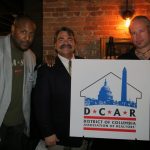 On Sept. 28, 2013, the Old Ebbitt Grill hosted DCAR and the biggest names in DC’s real estate community to celebrate the 100-Year Anniversary Gala. It was a special night of networking, dining and dancing that commemorated a century of success! Check out the photo albums to relive and look back on a historic night.